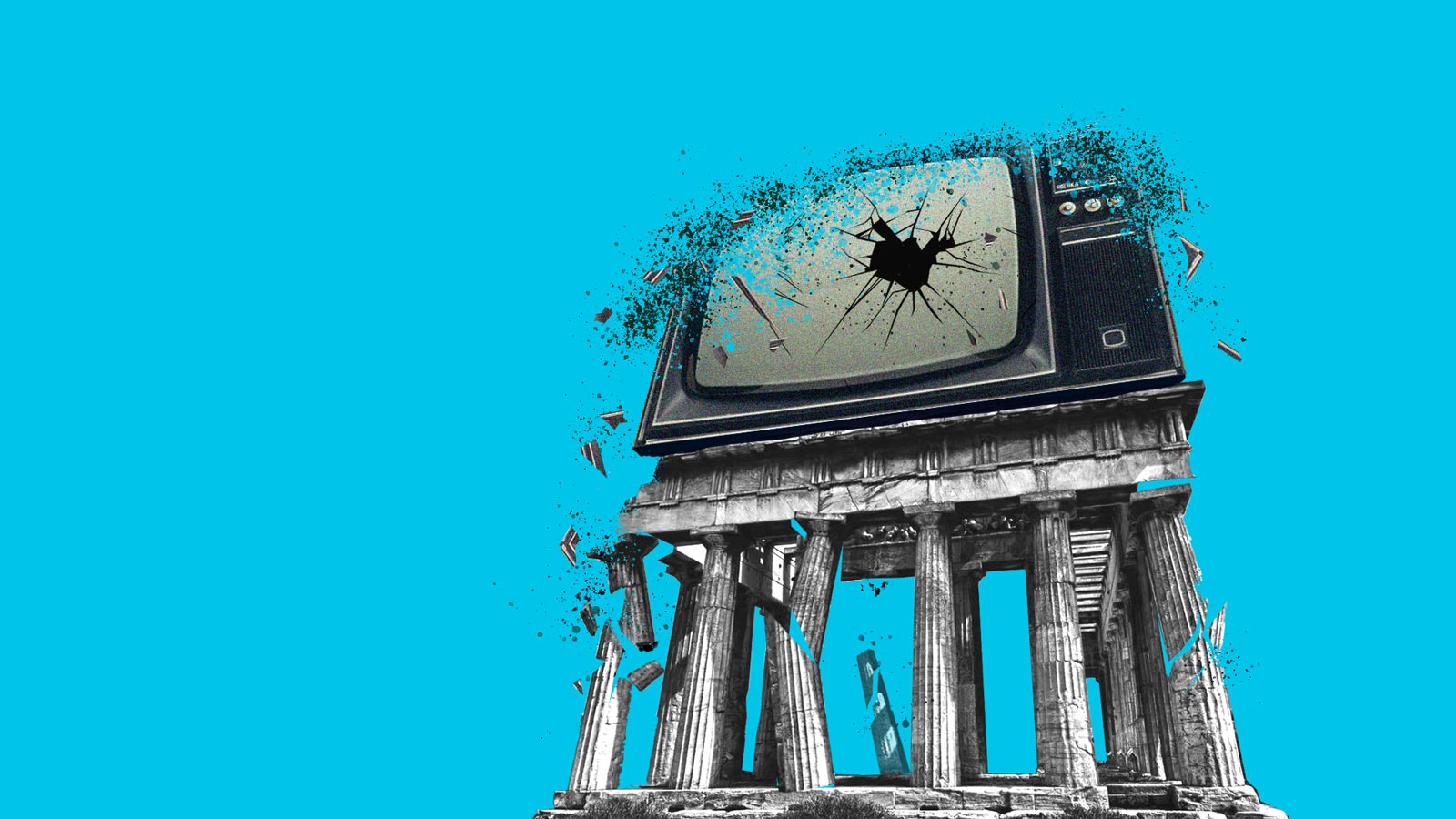 The Stuff.co.nz hit-piece “Fire and Fury” on the rapidly growing freedom movement in New Zealand represents the decline of the existing media structures in our country, and will lead to their eventual fall.

Their subscription to the Labour Government’s public interest media fund has hastened that decline. Labour’s use of taxpayer money for friendly media companies is, in reality well over the $55 million that is commonly publicised. The actual figure is much higher.

The advent of the Internet precipitated the beginning of the decline, with the consequent redistribution of much-needed advertising dollars to non-traditional online media. It was the acceptance of the government bribe that has further destroyed public credibility in mainstream journalism.

Now, more than a third of the New Zealand population have no trust in the media and what they report.

What drove the nail home were the journalists who stood with Speaker of the House, Trevor Mallard on his Parliamentary balcony looking down on those people standing on the front lawn of Parliament back in February 2022. The same media who stood side-by-side as this Labour Government took away people’s rights to earn a living by mandating people out of their jobs, and said nothing. The same media who stood by as the Government enforced laws to keep Kiwis out of their own country, and said nothing. The same media who stood there, on that balcony, clearly demonstrating they were part of the establishment and not the organ to hold them to account. The same media that stands side-by-side with this Labour Government as it covers up the growing numbers of people injured by this experimental mRNA vaccine and calls people who refuse to take it “anti-vaxxers”.

Do not be mistaken: “Fire and Fury” is a lame attempt to link social discontent with “overseas influences” and pro-Trump supporters, however it is really nothing more than an attack on free speech.

Stuff, the New Zealand Herald online, and their daily ultra-skinny printed publications that were once the bastions of objectivity, are now merely propagandists for a sinking government and desperately holding onto a narrative to which they have nailed their false flags.

Do not be mistaken: “Fire and Fury” is a lame attempt to link social discontent with “overseas influences” and pro-Trump supporters, however it is really nothing more than an attack on free speech.

The series of Stuff articles, lead by Paula Penfold, former Christchurch radio journalist and ex-wife of TV3 newsreader Mike McRoberts, are only to discredit the people who participated in Camp Freedom on Parliament’s front lawn and delegitimise the Wellington protest. That delegitimisation began soon after the break-up of the protest in early March, with Stuff giving publicity to any “academic” who could argue the protest’s “irrelevance”.

Within the first few minutes of the “Fire and Fury” hit-piece – against a deliberately desaturated landscape and gratuitously haunting music – they talk of analysing “the backgrounds and beliefs of key people driving a new, violent, misinformed New Zealand”.

However, we’ve talked to hundreds of people in the freedom marches now and have found the vast majority turn up to stand against a government and co-opted media who seemingly overnight became a monolithic machine unable to be reckoned with. The subsequent unfolding of a surreptitious Autocracy emerging from the ashes of the ‘Pandemic’ era, is what actually drives these Resistance Kiwis! And there are growing numbers of people each day speaking out because they have no faith left in mainstream media to give them the true picture.

The astronomer Galileo was just one individual in history persecuted for questioning orthodoxy. It turned out that he was right, and the authorities of the day were wrong.

It may well be that in the case of the government’s Covid response, there are actual truths on both sides as well as differing opinions, but at the rate at which the pro-Government narrative crumbles on a day-to-day basis, we’re happy with the free speech we are supporting. Free speech is the bedrock of properly functioning democracy. It is not dangerous unless it calls for violence and contains a proximate response.

Some of the calls from Kiwis that “MPs need to be put on trial” or should be “hanged from the gallows”, as hyperbolic as those statements are, they are just free speech. No-one was really going to march up the steps of Parliament and drag MPs out by their hair and hang them from gallows! Perhaps if this government actually showed any interest in listening to the concerns of a so-called “minority that doesn’t represent the majority view”, said minority would not have to resort to such hyperbole?

Yes, free speech can be difficult to hear for some people and it may upset you to your core. But as the famous line goes, “I detest what it is you say, but will defend to the death your right to say it.”

The fact that Penfold refused to even speak with the people whom she has publicly derided demonstrates in our view that the media is about maintaining the readership of an unthinking populace. The decline.

The fall will come.