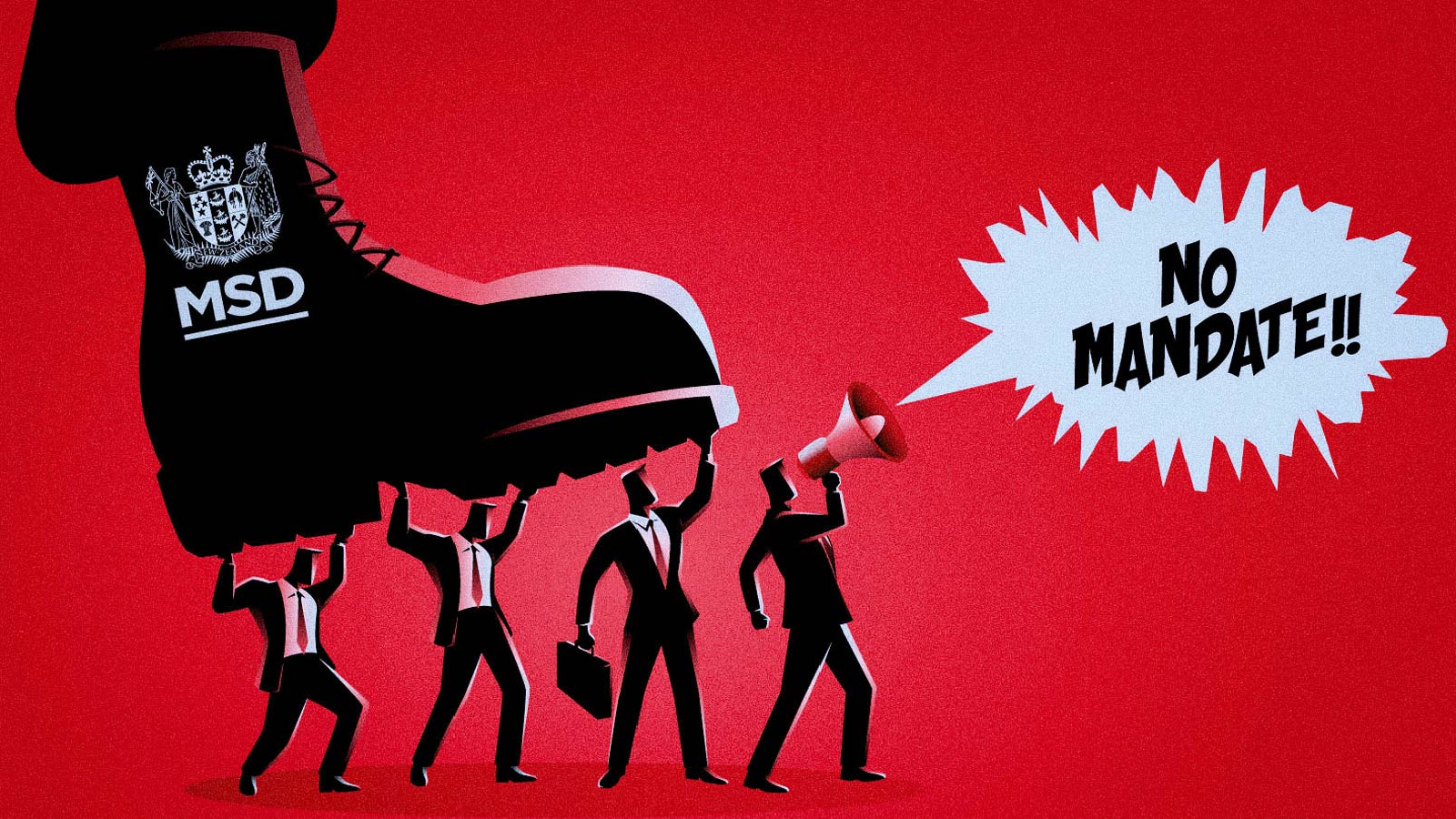 MSD bows to legal pressure and withdraws notices of termination, drags its heels to reach a settlement, looks for new ways to force-vaccinate staff.

It has been a mixed bag for Ministry of Social Development (MSD) staff impacted by mandatory vaccination policies.

Most other government departments and Ministries have been following the law requiring “all reasonable options be exhausted before termination”. But not MSD! No! Termination was MSD’s ONLY option.

This is utter madness and lunacy! Not to mention the distinct unfairness. MSD is one of the largest Ministries in the bureaucracy and, when considering its size, most people can and have successfully worked from home for extended periods. Surely redeployment is a possibility for the tiny few who might feasibly be working with vulnerable people.

As readers will be aware, MSD issued notices of termination contrary the Public Sector Commission’s recommendation that termination is paused and risk assessments be re-written to reflect the legal and regulatory changes.

They later withdrew the termination notices after affected staff issued legal proceedings, which included an urgent injunction, and in which MSD faced certain defeat in the courts. This RK writer is aware that their entire policy was based on a shambolic “risk assessment” that failed to even follow the law at multiple points.

These were the exact issues raised by affected staff as early as December 2021.

Meanwhile, those staff who suffered under extreme stress, humiliation, economic uncertainty and discrimination in their roles since December last year continue to suffer poor treatment by the very same people tasked with taking care of New Zealand’s most vulnerable people. (Oh, the irony!)

The “leadership” team are dragging their heels on exiting those who cannot continue to work under such conditions and the unjabbed remain excluded from the office, irrespective of the fact that everyone who is vaccinated is contracting Covid.

Meanwhile, MSD is still muddling through, trying to create a risk assessment to justify three quarters of its 10,000 staff having to be jabbed (yes, even now!!). Two-hour Risk Assessment “workshops” were held Friday and Monday with 24-hours’ notice, and RK has been told the affected group who attended were treated in the most appalling manner (Surprise! Surprise!).

And while affected staff continue their battle to keep MSD Chief Executive Debbie Power and her lackeys accountable, the delays and incompetence from the so-called “leadership team” mean staff is still facing considerable ongoing legal fees. The courageous group of people standing up to this Goliath are facing a very hefty legal bill for the mediation pre-Easter alone, which did not result in an outcome but did attract more legal fees in their effort for justice, in particular, for those staff, who in desperation for their mental health, took pay in lieu of notice and desire to return to work.

This is particularly the case for those living in small towns who have been unable to secure further employment, and haven’t had a pay now for more than eight weeks. Unlike many other Ministries, MSD says they won’t take any of them back, and accordingly they must start a new legal action to get redress.

NOTE: Resistance Kiwi is collecting contributions to the legal fund to help ease the financial stress on mandated MSD staff.

We are very grateful to those who have contributed so far, and those funds have been passed onto them. All money raised is going directly towards legal fees and disbursements.

Help these fellow freedom fighters challenge the powers that be and work to keep MSD accountable to the public of New Zealand.