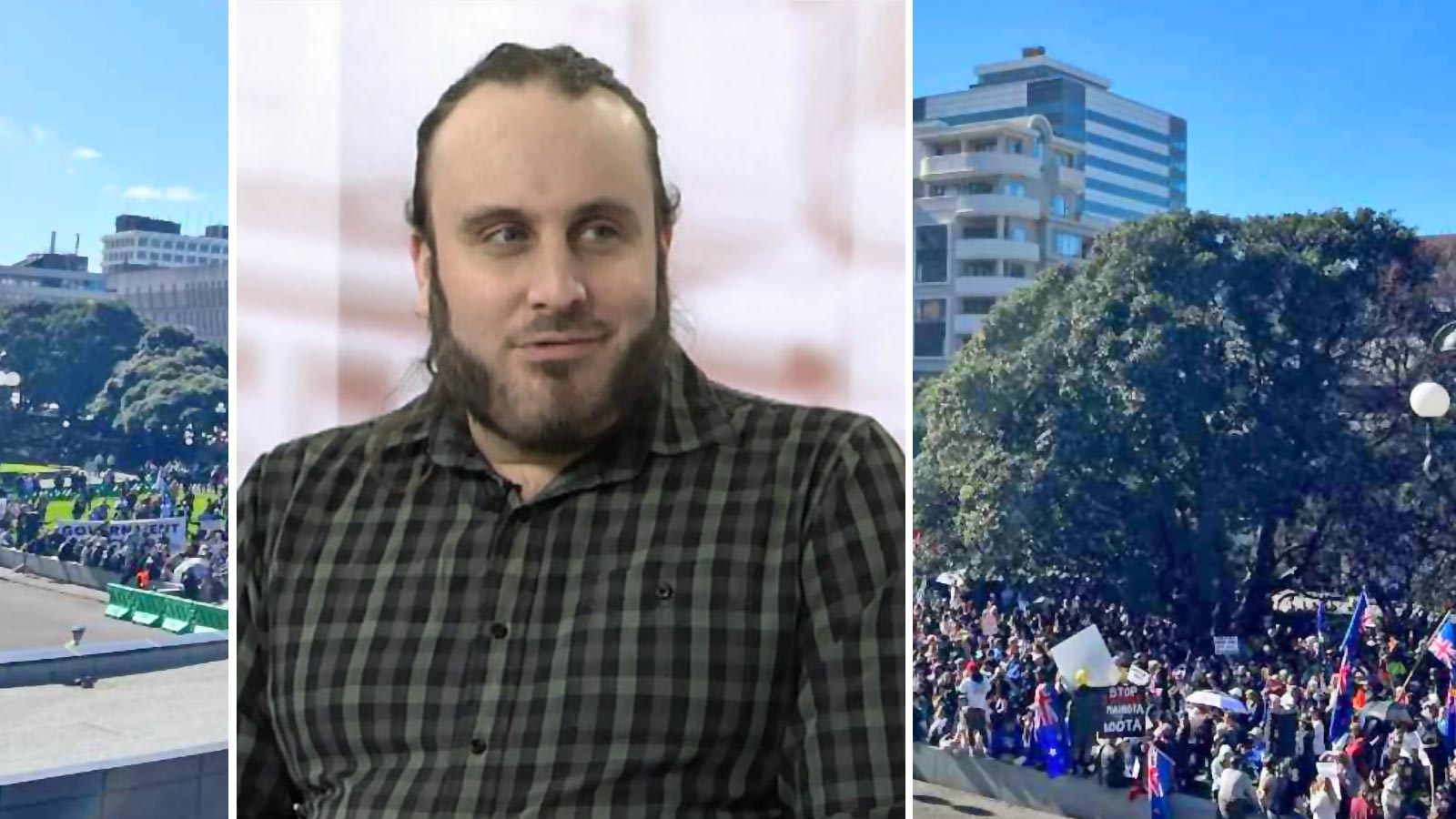 Why do so many New Zealanders now eschew following the main-stream media?

One only needs to look as far as this piece featured on Newshub Nation last Saturday morning where activist and now apparent arbiter of disinformation, Byron Clark pronounces of the Parliament protestors:

“They’re really committed to these conspiratorial world-views where they believe the Government is becoming tyrannical and various conspiracy theories about COVID-19 and the vaccine and things related to that.”

Forcing people to stay at home and only travel for limited distances isn’t tyrannical. Doing it whilst knowing that doing so was almost certainly illegal – not tyrannical. Coercing the population to take vaccines with no long-term safety data, and mandating them out of their job – isn’t tyrannical. Nor is attempting to subvert “one person, one vote” tyrannical. Expropriating private land as “significant”… you guessed it – NOT tyrannical. Paying the media to ‘hatchet’ anyone with a voice in opposition to the government – similarly not tyrannical. Preventing New Zealanders from returning to their home country to see family and friends – most assuredly – not tyrannical!

He can’t even get the numbers of “conspiracy theorists” correct – much like the MSM’s reporting of protester numbers:

“I think that, in a way, we need to as a society confront that it’s not really a fringe anymore. It’s still a fringe but it’s not a few hundred people. It’s a few thousand people or possibly even tens of thousands of people.”

“A fringe, or not a fringe, that is the question.” Presumably by his criteria Voices For Freedom are conspiracy theorists. Their membership is claimed to be 100,000 alone, so “possibly” tens of thousands is once again trying desperately and failing to maintain the “fringe” angle.

Keep up the effort to portray the freedom movement as driven by an over-riding, global alt-right network out to do unspecified terrible things. Sounds like a conspiracy! Surely the good guys are the ones not trying to make you eat bugs?

The reality is and always has been that the New Zealand freedom movement spans all kinds of divisions.

The reality is and always has been that the New Zealand freedom movement spans all kinds of divisions. There is no demonstrative left vs right, there is simply freedom vs tyranny. And to a collectivist like Byron, having people decide that they don’t want to be labelled or told to think a particular way despite their “identity” is anathema. He’s figuratively suggesting that freedom fighters ‘get back on the plantation’, turn on OneNews or read Stuff and bow before the awesomeness of ‘Dear Leader’.

He continues expounding his “findings” on the freedom movement:

“It’s definitely not going away anytime soon. I’m not sure it’s growing at the rate that perhaps it was a year ago but there’s a significant number of people now who have really disengaged with mainstream media, often disengaged with their traditional social networks of friends, and whānau as well.”

Is there some victim-blaming going on here? “Often disengaged with their traditional social networks of friends, and whānau as well.” he says.  So… we voluntarily excluded ourselves from sports, cafes and pubs, employment, friends’ wedding, funerals and family gatherings because of OUR beliefs?

What an egregiously unaware individual Mr Clark is. My own good friend had to watch his mother die through the window of a rest home, and sit in his car to watch a live stream of the funeral. Similar stories are legion. If that’s not tyrannical it certainly isn’t kind.

So is it a surprise that such “conspiracy-minded” individuals might gravitate towards those who have similar experiences, or to those who were conscious enough to stand up and say that such treatment was abhorrent?

It seems Mr Clark is yet another ‘useful idiot’ perpetuating the vilification and denigration of the freedom movement and those within it, and history may not judge him kindly for doing so.