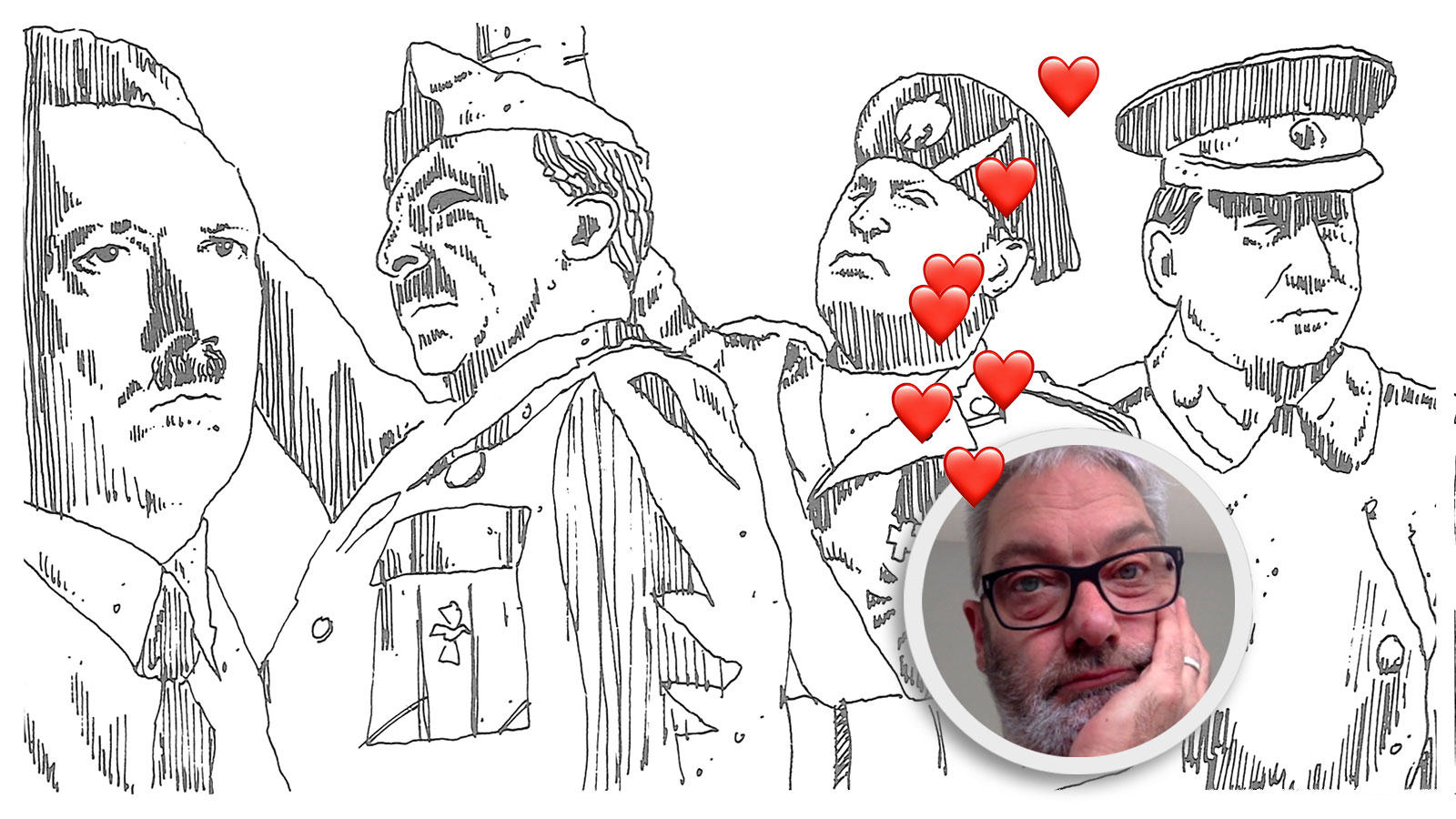 Dr Greg Treadwell Senior Lecturer in Communications Studies at Auckland University of Technology where he teaches journalism, says that the people of the Parliament occupation – targeted by the Stuff Circuit mockumentary Fire and Fury – shouldn’t have any right of reply because it could “pollute our public sphere and thereby wound our democracy”. Check out his opinion piece on Newsroom here.

Resistance Kiwi wanted to explore Dr Greg’s views further so we conducted “an interview” with him. In accordance with his argument that a right of reply is unimportant, we’ve simply answered our own interview questions on Greg’s behalf.

It was a lot easier and frankly we don’t want to have his crazy ideas spreading around out there harming our communities. If Dr Greg has a problem, he can complain to the New Zealand Media Council.

RK: There are many people in New Zealand who believe that Stuff’s Fibs and Flatulance hit-piece fails to meet long-held ethics and standards of journalism. They have complained to the New Zealand Media Council. But your opinion piece calls on the Council to reject those complaints. Why?

Greg: Because if the complaints are upheld it would clearly threaten the direction of our government’s regime. To allow views to circulate in a way that could cause Kiwis to think beyond the government-approved narrative could endanger the government’s ability to normalise the need for freedom-destroying policies! I think as a University lecturer influencing young minds, it’s my duty to urge the council to reject the complaints.

RK: So the journalistic principles of ‘right of reply’, ‘open debate’, ‘free speech’ and ‘objectivity’ would endanger our communities if extended to people who took it upon themselves to challenge a Government edict?

Greg: Yes, you’re right on the button. That’s exactly what it is.

RK: Greg, your article advocates for finding a balance by not allowing the other side of the story to be told for fear of empowering ‘the lies and propaganda’. Has labelling everything that challenges the Government narrative as harmful lies and propaganda been an effective tool for journalists striving for this special kind of balance?

Greg: Oh absolutely! Telling the public we are protecting them by simply eliminating right of reply and then demonising people who seek alternative information from experts the Government has not endorsed has been very effective. How else would we have helped the Government get away with psychologically sabotaging individual Kiwis into believing they were selfish death-merchants if they didn’t give up their medical rights?

RK: It’s great that you want to protect the public sphere Greg but surely sunlight is the best disinfectant for bad ideas?

Greg: No, no, the best disinfectant for bad ideas is Zyklon B. Sigh, I wish I could go back to the time when book burning got rid of a lot of undesirable ideas. The bonus of course being that burning books keeps you warm – extremely helpful if you’re a Krazy Klimate Kultist. I can’t wait to have no fossil fuels like the Europeans!

Greg: Yes, it took many sessions with behavioural scientists and public relations experts to come up with the mental gymnastics required to convince the public that suppressing free speech is good for humanity. It also sets up a nice segue into validating the necessary revision of the Media Council’s Code of Principals to suit our agenda of quashing reasonable dissent.

RK: You mean rewriting the rules so you can always use the catchall term “disinformation” to win any argument, like it’s a wild card in a poker hand?

Greg: Yes exactly! And like I mentioned in my article, changing the rules will also stop the influence on debate by large, wealthy and powerful interests; like when oil companies stifled any meaningful action on climate change.

RK: … and like when pharmaceutical companies stifle any meaningful debate on health solutions?

RK:  You also think that New Zealand as a “cohesive, tolerant and democratic nation” would be threatened if the parliament protestors were allowed a right of reply?

RK: So New Zealand will be a cohesive and tolerant society if everyone agrees with you?

Greg: It’s important for society to work together in a Labour Party approved, government-sponsored manner. I mean, without that, what have you got? Liberty? Choice? Free Speech? All of these things go against what society needs to ensure a safe future.

RK: We think that critical journalism that does not allow for a right of reply leaves things open to misrepresentation. For example in Flat and Floppy, the Voices for Freedom women were almost portrayed as terrorists by Stuff. What do you say to that?

Greg: I say rubbish! The Stuff reporters made every effort to speak to multiple people at The Disinformation Project, FACT Aotearoa and He Whenua Taurikura (The Centre for Preventing and Countering Violent Extremism) to get all aspects of the Government narrative. To say it was unbalanced is an unfair criticism.

Those VFF women are dangerous! Doesn’t one of them knit? I’m sure I was told that. And I’ve seen those VFF people on the side of the road too, standing quietly with signs. Terrifying! They sent shivers down my spine …or would have done if I had one. They probably have stockpiles of fruit preserves as well. I wouldn’t put it past them.

RK: Do you think most New Zealanders are easily led simpletons, incapable of forming their own opinions and preferences?

Greg: Kiwis are easily led simpletons. Good grief, look how many people watched the daily Covid case numbers being announced. Or believed that masks were effective, even after they’d just been told they weren’t by the very same people who said they were.

People need to understand that freedom means freedom to say, do and think what the government tells you!

We could never trust them to use their innate sense to assess risk and determine their own proportional response to their environment. I mean if we let them all do that I’d be out of a job!

RK: So you believe all the people at the Parliament protest were “proto-fascists” hoodwinked by QAnon conspiracy theories?

RK: You don’t believe the vast majority were there because they were concerned the government had subsumed an undemocratic game of forced medical roulette as a public health strategy?

Greg: Don’t know, don’t care! Look, it’s just easier to throw them all in the same nutter bucket. That way we – the intellectual class – can tell the world there’s lots of dumb, dangerous people running around so we can justify shit like “re-educating” the Media Council to change their rules to suit our world-view.

RK: So is that what you meant when you said “we need to redefine the rights of journalists in order to protect the precious, albeit flawed, public sphere”?

Greg: Yes that’s right. Journalists need more power than they have now in order to bullshit, I mean protect the stupid, I mean precious public. Like I said, Penfold’s documentary is a pioneer in this new world of public-interest balance for the disinformation age.

RK: Okay… That’s not at all terrifying. I guess that squares with your view that journalistic balance and freedom of speech is an anachronism. But would your opinion change if the boot was on the other foot? What if the likes of the people you criticise had control of the media?

Greg: Don’t be ridiculous. They’ll never have a voice in the official halls of The Ministry of Truth; we’ll make sure of it. And besides the Labour Government is partnering up with Big Tech to cleanse the internet of filth which will ensure the general public never see information we don’t want them to see.

RK: Right. So how would you actually define ‘disinformation’ Greg?

RK: Well Greg, it’s been nice not chatting. We look forward to not speaking to you again. Good luck in your endeavour to help turn New Zealand into a repressive, technocratic dystopia.

Greg: Thanks for giving me this opportunity to expose myself as a ridiculous, totalitarian-loving nitwit.