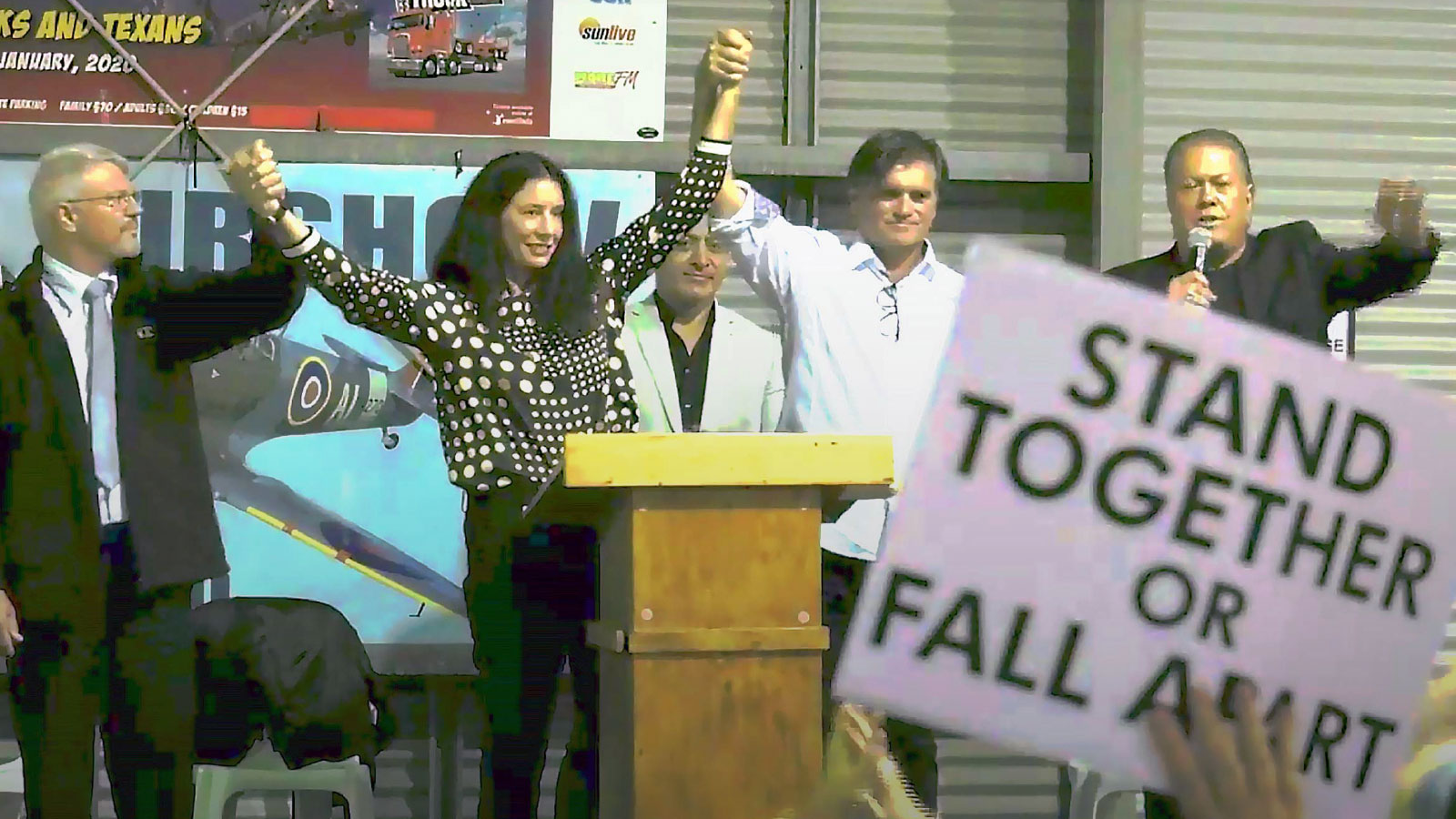 The results from the Tauranga by-election should really come as no surprise to anyone.

Voters are relocating to their traditional party positions, shrugging off lingering doubts from the last two years and heading back to their political roots – and its shows most vividly in those Labourites who are having second thoughts about their party after five years under Ardern. 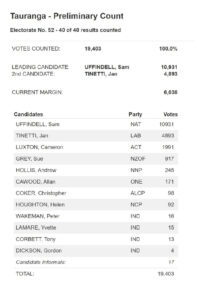 National Party supporters (who through some crazy idea voted Labour in 2020 in a dumb strategy to ‘keep the Greens’ out of government; well, how did that go?) flocked back to the Blue House and voted in the clean-cut, white guy – 39-year-old Sam Uffindell. (“Just keep your mouth shut, Sam, and the election is yours!”)

The Labour voters made a half-hearted effort at voting for their candidate – Cabinet minister Jan Tinetti – but no matter how much spin the Labour PR machine puts on it, the message delivered was loud and clear: voters are leaving the party in their droves, just like Kiwis are leaving the country determined not to live here anymore under Ardern. (Let’s not forget that Tinetti still achieved almost 5,000 votes despite the Labour Government denying Tauranga its own democratically elected city council by cancelling this year’s local body election, and continuing with the Mahuta-appointed commissioners to run the city. That’s how much they value democracy!)

The Act Party candidate, Cameron Luxton, didn’t get any further than the previous two elections in Tauranga where he stood, achieving between 1400 to 1900 votes each time – hardly an inspiring effort, but the loyal party stands by him. Is that because they don’t want to upset their only coalition partner by putting up a candidate that might actually give National some competition? Tauranga is a key electorate for the Nats.

Sue Grey from the Outdoors & Freedom party, which gave the strongest showing of the freedom parties, will find the 917 votes she won will give her a fresh burst of energy and no doubt will campaign in next year’s General Election. But an ongoing attempt at a political future will be in vain. Sue is a political and legal activist and someone who champions ‘fringe’ causes. For that reason, she will be unable to attract votes from people who aren’t her devoted followers and those votes will go to waste under our electoral system.

Andrew Hollis, a former Tauranga City Councillor and who ran under the New Nation Party banner, should have performed better in light of his local pedigree, achieving only 245 votes. Perhaps running under NNP worked against Andrew, and Tauranga voters who liked him and recognised he worked hard as city councillor, may have been put off by some of the policies espoused by NNP? Either way, Hollis is a strong performer and if he plays his cards right, there’s a future in national politics for him.

The One Party fared the worst out of the freedom parties with only 171 votes. Despite having the policies of the other freedom groups, it wasn’t attractive enough for even people from the freedom movement to vote for it. There was not much between it and the New Conservative, which had an even worse result. Together they didn’t muster even 300 people to give them a tick, which New Conservative recording less support than Aotearoa Legal Cannabis Party. It’s time for both Christian-based parties to come back to reality.

So where does that leave voters who have become disillusioned with mainstream politics, like those who faced financial hardship because they were forced out of their jobs for choosing not to inject an experimental pharma? Or those who stood by and watched as every political party currently residing in our Parliament refuse to address the anti-mandate protest at Wellington?

Clearly, voting for any of those smaller parties who ran in the Tauranga by-election is a wasted vote, as it now stands. If people truly want meaningful change in the political and democratic system; if they want laws in place that protect individual rights and freedoms, then unification of all smaller parties under one banner is the only way. And it’s time they all woke up to that fact. The time for protest is over; the time for political strategy is now.