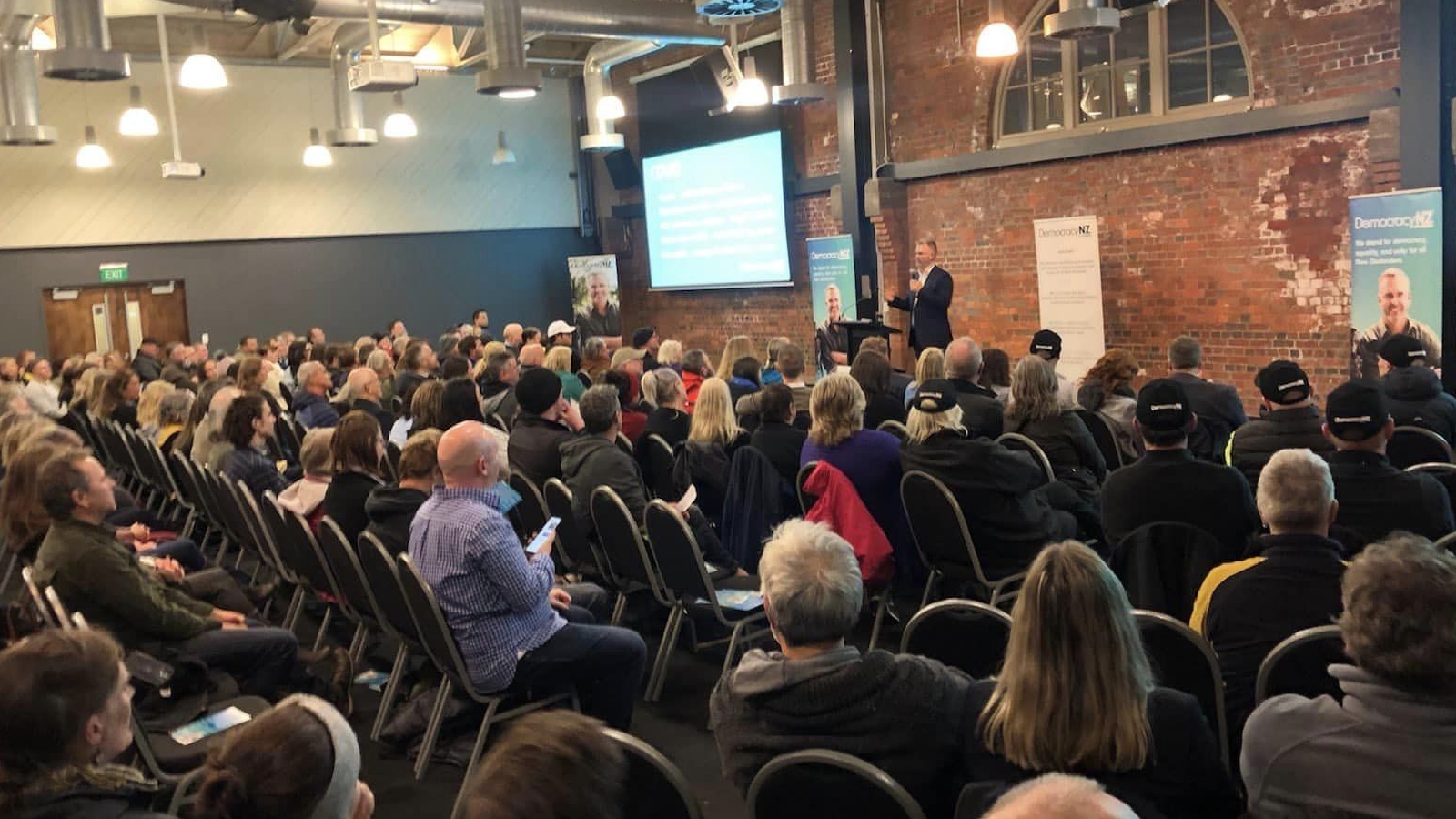 If there’s a contender for a seat or two in Parliament after the 2023 General Election it’s DemocracyNZ, the party recently established by former National MP for Northland, Matt King.

A congenial politician, King has emerged as the founder of a new political movement after opposing his former party’s position on vaccine mandates. Not content with keeping schtum on an important issue as bodily autonomy, he consequently found himself in the political wilderness when the Nats deserted him. And then the Red Wave of Socialism washed over his electorate. 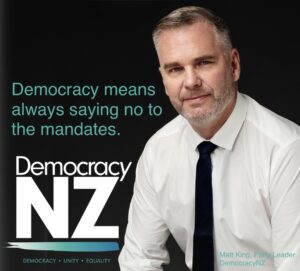 Like many people whom we know in the community, King was appalled that of all the political parties currently residing in Parliament not one of them, not even the National Party to which he’d given years of loyal support, stood up for those people whose jobs were needlessly taken away from them for their medical choices.

The Bill of Rights is one of the party’s three bottom lines, along with ensuring the protection of property rights and taking race out of everything – “It’s all about need, not race.”

It was that stance that brought him to Freedom Village on Parliament lawn during February to address the thousands of Kiwis gathered there to oppose the Labour Government’s mandates. And it was out of this stand DemocracyNZ has evolved. King’s speeches were enthusiastically received resulting in calls for him to form a party to run in the 2023 general election.

It’s a real challenge to build a political party from scratch, but has been done with some success before – New Zealand First, Act, United and the Māori Party are examples. All of those parties were formed by sitting or former MPs who became disillusioned with the state of politics or the party they belonged to at the time. Certainly in the case of Winston Peters forming NZ First and Tariana Turia with the Māori Party, it was the latter.

And it’s no different with Matt King, whose former National Party appears to be no more than Labour in a blue dress.

King is building political support the old fashioned way – word of mouth and travelling around the country to host public meetings.  Although it’s still early days, it’s an approach that appears to be paying off, with each meeting attracting around 200 people, demonstrating a growing desire for meaningful change in our country. An interesting factor is that no-one is going away from those meetings unhappy with what they’ve heard; in fact, everyone seemed to leave the meetings with only positive things to say about the party and King.

Some of the key policy planks for DemocracyNZ are enshrining the Bill of Rights as a supreme law constitution, full Royal Commission of Inquiry into the Covid “debacle”, limit taxpayer funding into media, introducing binding referenda and repeal any legislation that breaches the Bill of Rights.

The Bill of Rights is one of the party’s three bottom lines, along with ensuring the protection of property rights and taking race out of everything – “It’s all about need, not race.”

We’ll be doing more on DemocracyNZ over the coming months, including a video interview with Matt King, so if you want us to ask any questions, please put them in the comment box below and send it to us.