The NZ media is a lost cause 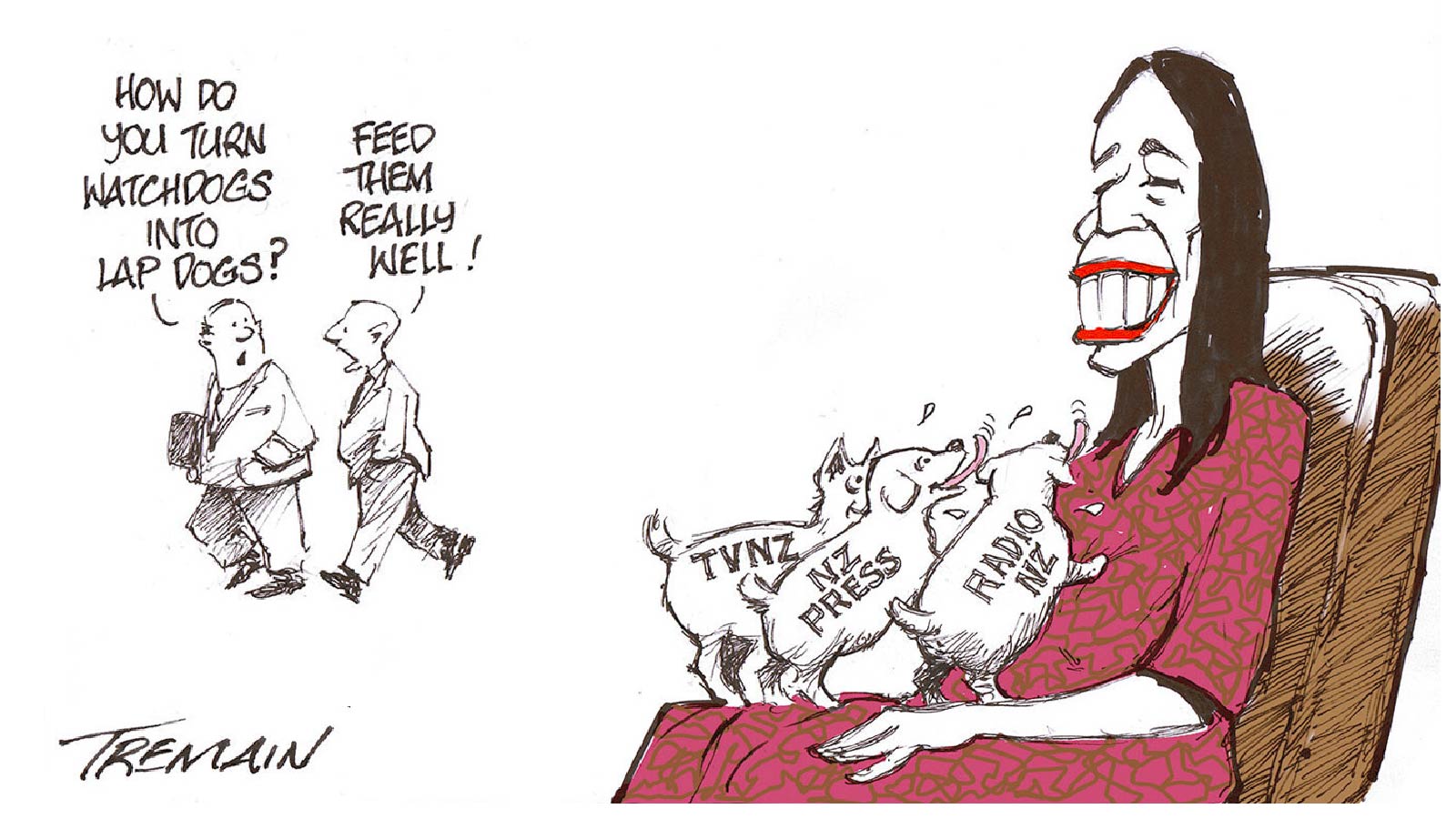 “In the old days men had the rack. Now they have the Press.”

The term Fourth Estate has been used to describe the media for almost 300 years. It’s origins are attributed to British MP Edmund Burke who said there were Three Estates in Parliament, but in the Reporters’ Gallery there sat a Fourth Estate more important than all. The media is there to act as a check on democracy and to protect the freedoms of men, women and children from the tyranny of government. So why isn’t it?

A simple explanation is that New Zealand’s media companies have been bought off, by the Labour Government. Media collectively took $55 million on offer from the Government when the country was plunged into a harsh, inhumane, anti-business lockdown in 2020. Those millions are proving their worth – a compliant and malleable Fourth Estate that no longer holds the ruling elite to account and has in fact enabled government to subjugate and oppress the population of New Zealand. How? In their failure to question certain covid response narratives, provide critical analysis of government policy and in the extreme, to publicly crucify any individual who themselves question the government’s approach.

Take the case of former TV presenter Liz Gunn. The New Zealand Herald eviscerated Liz Gunn’s reputation in an article after she was rightly critical of vaccine mandates and the segregation of society into vaccinated and unvaccinated. The Herald made her out to be a raving lunatic who claimed the Prime Minister caused an earthquake.

People like Liz Gunn are branded as anti-vax, as if that one attribution can explain the entire argument as unreasonable, uneducated, and conspiratorial. But it is also vaccinated people who are beginning to wake up and question the government.

The media is also complicit in hiding information from the nation. Thousands of people turn out around the country – Auckland, Wellington, Christchurch, Tauranga, Napier, Nelson – to protest against vaccine mandates and vaccine certificates, and nothing is reported. The Auckland march on 30 October with more than 5000 people received 30 seconds on TVNZ’s One News that night and was pitched as being a protest about lockdowns. In contrast, an item about gangs getting the jab was worthy of 3mins of airtime with interviews!

Those millions of dollars have also bought the Labour Party monopolized airtime at either 1pm or 4pm on a daily basis to spew forth their covid direction and instilling fear through daily updates of reported covid cases. Whether someone watches TVNZ, or listens to the commercial radio stations – they all play the same press conference at the same time, like listening to an omnipresent Kim Jong Un pronouncement. This paid arranged marriage with the media has allowed the Government to create a perpetual environment of fear, where people are now too scared to even go outside without wearing a mask and certainly too scared to question the effectiveness or efficacy or long-term effects of the vaccine.

Putting aside what appears to be a very close connection between the Executive and the “Tovas and the Jessicas”, the larger picture of our media organisations being bought off by a corrupt government brings greater social issues. Fear, allows a government to implement controls on a population with very little dissent. In today’s social environment, the vast majority of the “team of 5 million” are sleep walking to a society where their every move will be watched by governments now and in the future. It’s Covid-1984, and you can thank our media for their role in creating it!