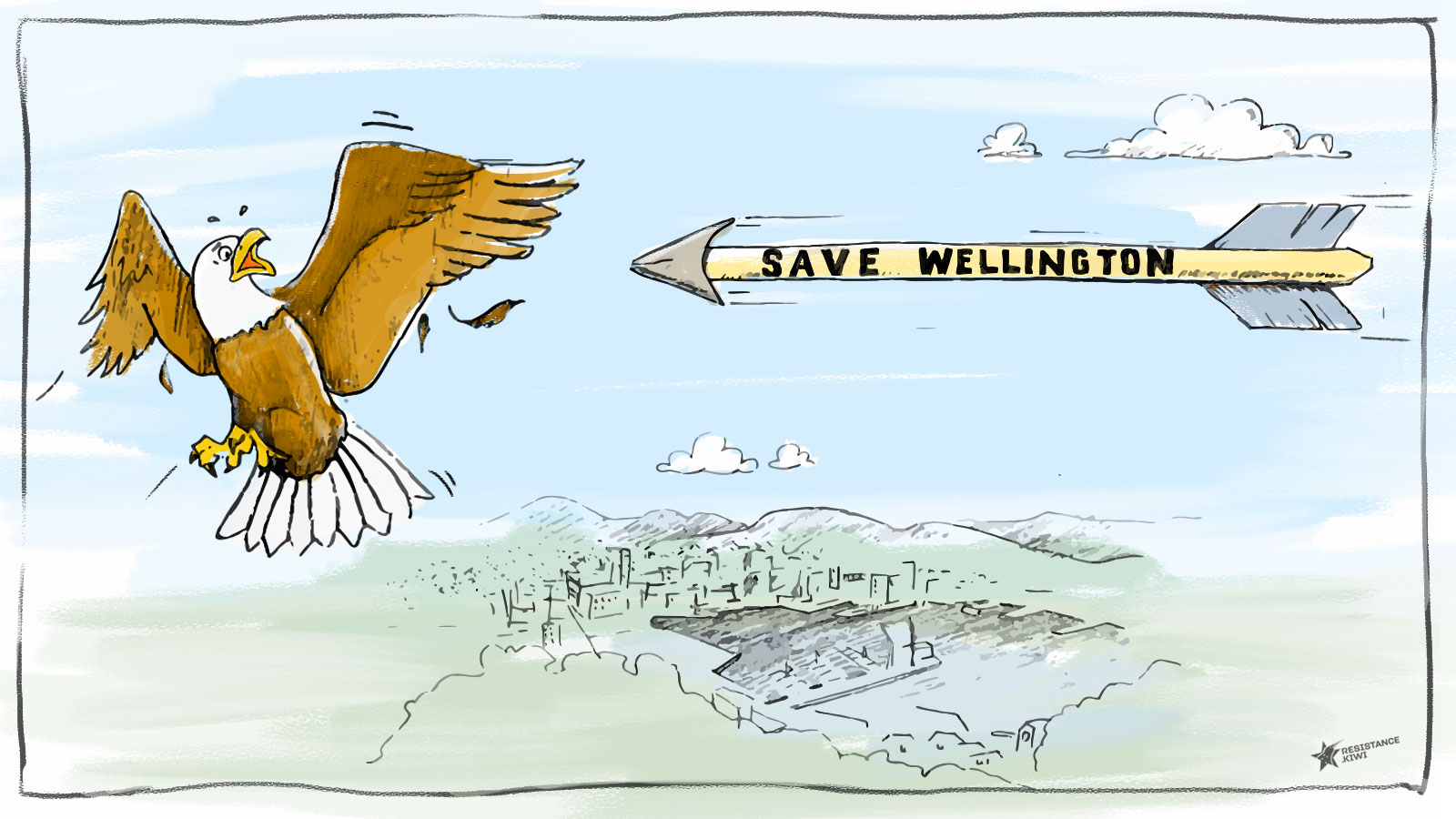 Labour: We will mandate you out of a job. Oh, and we’ll take the Wellington Mayoralty too!

The Labour MP for Rongotai, Paul Eagle, is running for the Wellington mayoralty. His candidacy is approved at the highest level of the Labour Party hierarchy. The Labour Party campaign machine is there to support him too. And no doubt the Labour Party propaganda sheet, Dominion Post, will be right behind him.

There are also those who are supportive of Eagle, not because they’re pro-Paul Eagle but because they are anti-Andy Foster, the incumbent mayor.

Whether it’s a justified approach or not, they’d rather throw their support behind a Labour MP than have the status quo after the election. They’d rather effectively reward the Labour Party by giving Paul Eagle the Wellington mayoralty!

To give Andy the benefit of the doubt, his mayoralty has been neutered somewhat by the Green Party Left-Wing Wokemons who hold the balance of power around the council table giving it a harsh anti-business, anti-car, pro-climate change, pro-cycle-lane stance. But by the same token, Andy also handled the whole February protest badly and clearly lacks leadership.

Does Paul Eagle – not known as a hard-working MP – really deserve to wear the mayoral chains?  As most of our readers will agree, there are other chains we can see the current bunch of Labour politicians wearing.

When it comes to supporting policies that cripple businesses and people’s livelihoods, then Paul Eagle has form! He voted with the Labour Caucus at Parliament and stood by as hard-working Kiwis were mandated out of their jobs and livelihoods. He supported the terminable lockdowns and the ongoing so-called Orange Traffic Light setting that needlessly continues to hurt businesses and the economy. He supports the stupid mask-wearing regulations that don’t stop the spread of Covid and only serve to keep the populace in a state of control.

Do you want the Labour Party running Wellington City?

Paul Eagle says he is “independent” yet remains beholden to the Labour Party. His mayoralty campaign has been given the green light by Labour Party hierarchy, but with conditions. If those conditions are not met, Labour will withdraw its approval and therefore its support – no Labour acolytes to deliver the flyers and get the votes in! And they’ll switch their support to Green Party candidate Tory Whanau.

Paul Eagle supports taking away Wellington assets through Three Waters because it is a Labour Party key policy plank, despite growing opposition nationwide and receiving more than 70,000 submissions against the idea.

Let us ask you this question Wellingtonians: Do you want the Labour Party running Wellington City? Do you want to live in the Eagle’s nest? We look at Local Government elections very simply. There is absolutely no place for party politics at a local body level.

The future of Wellington city is far too important with many of its citizens in a state of precarity for the mayoralty to be handed to someone who sat around the policy table of the most Socialist/Communist government this country has experienced since before Michael Joseph Savage.

We need a mayor who is completely independent and we need independent councillors too. It’s more important that there are free-thinking councillors elected, not those who are on the Labour Party, Green Party or National Party ticket. Party politics have held our city hostage for too long.

The results of this mayoral campaign have not yet been written and they’re not a foregone conclusion.

We urge people to look closely at who’s running in your ward. We will be profiling people around the country who we believe have what it takes to be fair-minded councillors. Keep checking the website as we are adding more people all the time, and will be after 12 August, when nominations close.