Who would quit their job over a jab? Someone with principles, that’s who 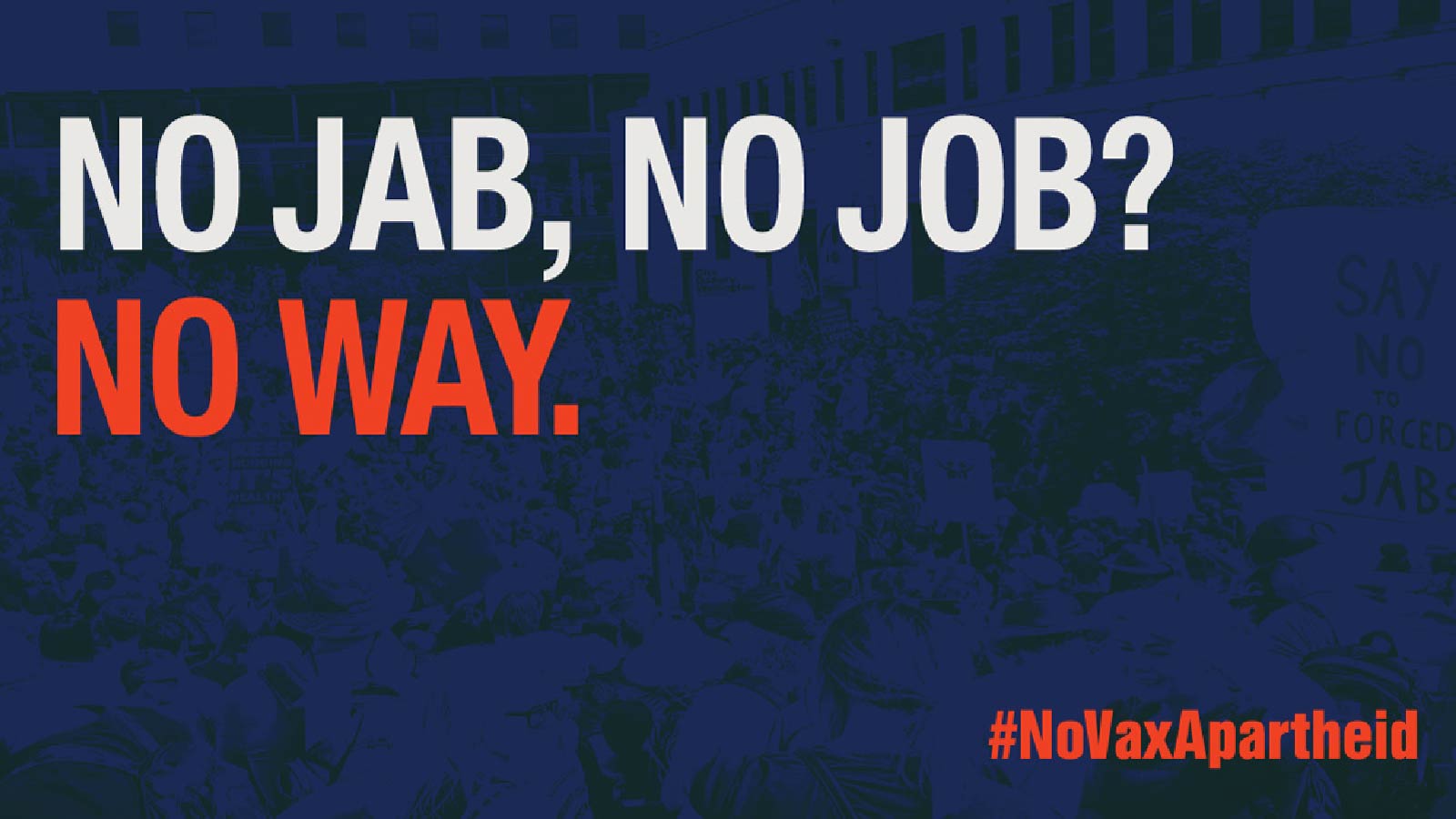 The mainstream media commentators are wetting themselves over the latest anti-jab-mandate protests that are growing in size throughout the country. On Newstalk ZB this week, the breakfast host asked, “What is it about a vaccine that will make you voluntarily quit your job?”

Fair question. When it comes to people working in the teaching and health care sectors, they’ve studied for years and become qualified. The jobs are a calling. Yet the jab is the difference between them following their dream and being unemployed. “What is it about the jab that it’s all consuming and you would run yourself into financial difficulty to avoid it”, he added.

After all, he went on, we make many judgements like these, weighing up one thing against the other. Most people will quit work over a principle, but really mostly when they’ve already sorted out alternative options. But in these circumstances, what are those people heading into – they won’t be able to take an Air New Zealand flight, eat at a restaurant, do the normal everyday things that will still be open to vaccinated people. As the breakfast host concluded, it’s a hell of a lot of hassle for a point of view.

Yes, it is. But perhaps that’s the point!

For someone to give up their chosen career that they’ve spent many years practicing and for which they studied for years to qualify, it must be an important principle.

RK has no doubt it’s a heart breaking decision for people to give up their careers – their chosen profession, their income, their livelihoods, their plans, to take on the financial uncertainty, stress and anxiety about their and their children’s future – over a principle.

What else is there?

You can give up work for a variety of employment disputes, but for a principle, well, that’s something else altogether. And that’s where Newstalk ZB’s breakfast host has got it wrong.

The image on the home page of this website sums up that principle: a government that forces you to put something inside your body against your will is a far greater threat to society than Covid-19. The right to have bodily autonomy is one of the tenets of a democratic thinking society.

We as country want our teachers and health workers (and everyone else for whom these “No Jab, No Job” mandates apply) to actually have steadfast principles because it is these people who are teaching our children and healing our sick. Those who have taken this stand against this policy of apartheid and have been forced out of their jobs have courage and a back-bone to actually take a stand on their principles, even if that means being hung out to dry by a government that’s meant to “be kind”.

They are a true reflection of what it means to be a New Zealander. The rest of us should be grateful for the ballast they are providing in a time of unheralded government-authority over our lives. In a democratic society, this is something that should ALWAYS have support.

Not everyone who rejects these mandates is an ‘anti-vaxxer’ or vaccine hesitant. There are thousands of vaccinated people who find such coercion abhorrent. Repugnant that a government is forcing its citizens to actually make these decisions. Resistance Kiwi has no political stance on the vaccine. Take the jab or not – it’s of no concern to us. But we will bet that it’s a lot more than a quarter of the population who oppose mandates. We will see. It’s a long way to the finish line in this fight.

Ardern and her apparatchiks are rudderless and blundering from one mess to another because they now find themselves in a political quagmire they can’t get out of.

Their lack of principles is why they have created such division in our society. They have no base from which to act. Ardern quite happily creates an oppressive society and doesn’t even see it. That’s why this Labour Government must go: because Ardern has no faith in her fellow New Zealanders to take care of their own health so she believes we all need to be manipulated.

That lack of faith extends to her actively removing people’s livelihoods. Throw Kiwis to the wolves to satisfy her own ego. Whether it’s because the Labour Government believes the communist ideal (that the government is actually better at looking after the people than the people themselves) or some other grotesque manipulation, their absolute lack of faith in us should demonstrate they’re not fit to continue in government. They don’t represent us!

We draw the line where the government’s decisions impinge on the rights of people to earn a living, and we’ll fight for that until they capitulate.

So, yeah, it’s a hell of a lot of hassle for a principle. But some hassles are worth it!