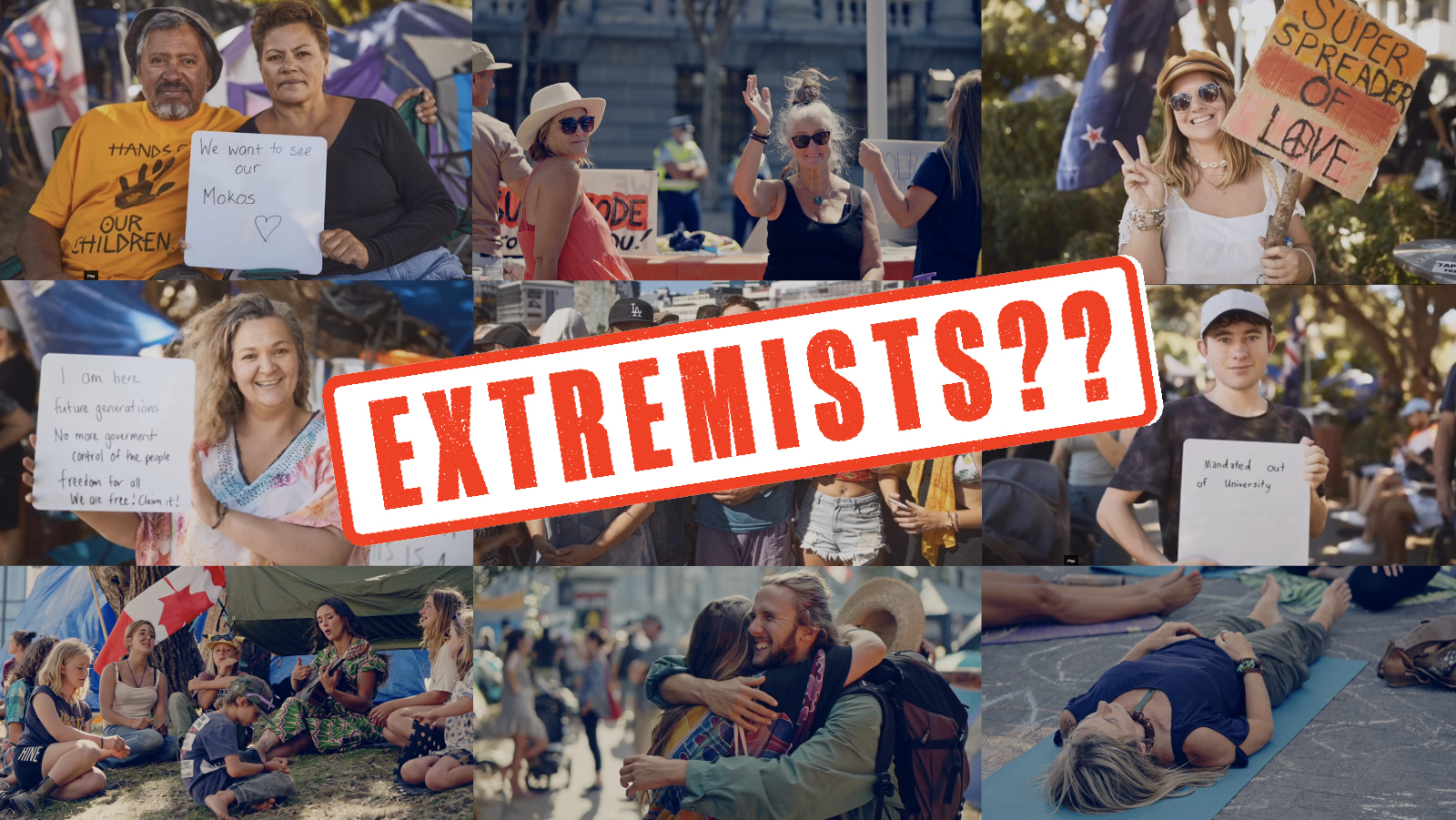 Is the government’s “terrorist group” designation merely a cloaked threat to anti-mandate protestors?

In the wake of the Parliament Protest, (which the government likened to the January 6, 2021 Capitol insurrection attempt in Washington DC), the ol’ “Single Source of Truth” has designated US-groups The Proud Boys and The Base as “terrorist organisations”.

Wikipedia says The Proud Boys has been involved in “political violence” while at the same time saying the group rejects “white supremacy”. It has an Afro-Cuban, Cuban-American as its chairman. The US federal agencies have designated it an “extremist” group, but falling short of calling it a terrorist group.

The US Federal Bureau of Investigation (FBI) defines terrorism as violent, criminal acts committed by individuals and/or groups to further ideological goals stemming from domestic influences, such as those of a political, religious, social, racial or environmental nature.

In our little country at the bottom of the Pacific, that would include gangs like the Mongrel Mob or The Killer Beez, without a doubt. It would also include environmental groups, like Greenpeace and Sea Shepherd, which have committed criminal acts in their pursuit of their ideological goals.

In a Radio New Zealand news article “Massey University Centre for Defence and Security Studies Director William Hoverd said New Zealand was following its partners: Both Australia and Canada had banned the two groups, and the US was starting to focus more on right-wing extremism.” (Sounds like the New Zealand Government is the real copycat who is simply mirroring behaviours of its Five Eyes friends.)

Hoverd also states, “They are decentralised right-wing extremist groups with internet platforms who are seeking to influence others and whilst there’s absolutely no evidence that I have seen of them operating here, that’s not to say that the right wing isn’t operating here in New Zealand.”

The RNZ article goes on to say Police commissioner Andrew Coster admits the designation is a “preventative deterrent mechanism”. This seems deliberately ambiguous. Who is the deterrent actually for? The chosen overseas entities, or any Kiwi who could be deemed by the government to be ‘thinking similarly’ here?

Who is the deterrent actually for? The chosen overseas entities, or any Kiwi who could be deemed by the government to be ‘thinking similarly’ here?

Reinforcing the view, researcher Sanjana Hattotuwa, who works at State-sponsored organisation Te Pūnaha Matatini’s The Disinformation Project, purports that so-called “antivaxxers” (a word used to describe anyone who questions being told to take an experimental pharmaceutical  seemingly indefinitely) are within a “constellation” of people whose beliefs arise from the same misinformation that compels overseas “white supremacists”.

Where concern arises for us is when such alarmist framing is used repeatedly, needlessly, in the media. Who could blame the population for believing that anyone with a flag and a flannel shirt is part of a violent extremist cartel that is deemed “The Far Right”?

The Parliamentary Protest in February marked a time when everyday Kiwis who’d had enough, put aside personal interests and reputation, and found the courage to stand up against the smiling fear-mongering, the conflating, the cloak of “greater good” to say “no more”. How long before those hard-working, family-oriented, thinking people will be branded the same?

Those whose eyes are open, the designation of groups that are defined as having a right wing agenda (whatever that means in today’s political environment) seems a spurious extension of the Michael Wood River of Filth diatribe – in which he publicly slandered the mandate protest as a fascist, far-right movement riddled with imported ideologies, anti-Semitism and Islamaphobia. (And this was despite the amount of yoga that was going on.) But the trigger-words Wood used make sense now – ultimately, anyone with a different viewpoint to that delivered through the Labour Party machine essentially could belong to a terrorist organisation.

Another “coincidence” is Joanna Kidman’s appointment as co-leader of a new violent extremist research centre to advise the Government on potential threats in NZ. This is the woman who on Twitter described the convoy as an “incel paradise”. Even Martyn Bradbury, who disagreed with the premise of the Parliament protest, looked sideways at the Government over this appointment. “We don’t need the extreme force of the State brought on anyone other than real threats, in case we start radicalising those miss-targeted and speed up the process of extremism.” (You can read Bradbury’s article here.)

So from Wood’s accusations to Kidman’s appointment, it’s no surprise there’s a feeling that the recent move is just one incremental step towards declaring those who vehemently oppose the government’s actions over the last two years or its vaccine narrative as extremists and terrorists. I don’t confess to know much about The Proud Boys, but I do know this: I don’t expect a my-body-my-choice belief to be conflated as a white-supremacist ideology by some state-sponsored snitch-academy so the government can potentially categorise me as a violent extremist.

I don’t expect a my-body-my-choice belief to be conflated as a white-supremacist ideology by some state-sponsored snitch-academy so the government can potentially categorise me as a violent extremist.

It seems pretty much every Government in the Western world has a strangle-hold on their country under the banner of “emergency powers” – yet New Zealand appears in a class of its own. It’s ironic that the Ardern-led government is hell-bent on redesigning New Zealand in accordance with global influences and interests, but when opinion diverges the government will happily slap a terrorist label on it. There is freedom of speech and then there’s being free to speak.

Check out some great commentary by Russell Brand on this topic.