Only 1/3 of reported Covid hospitalisations are because of Covid 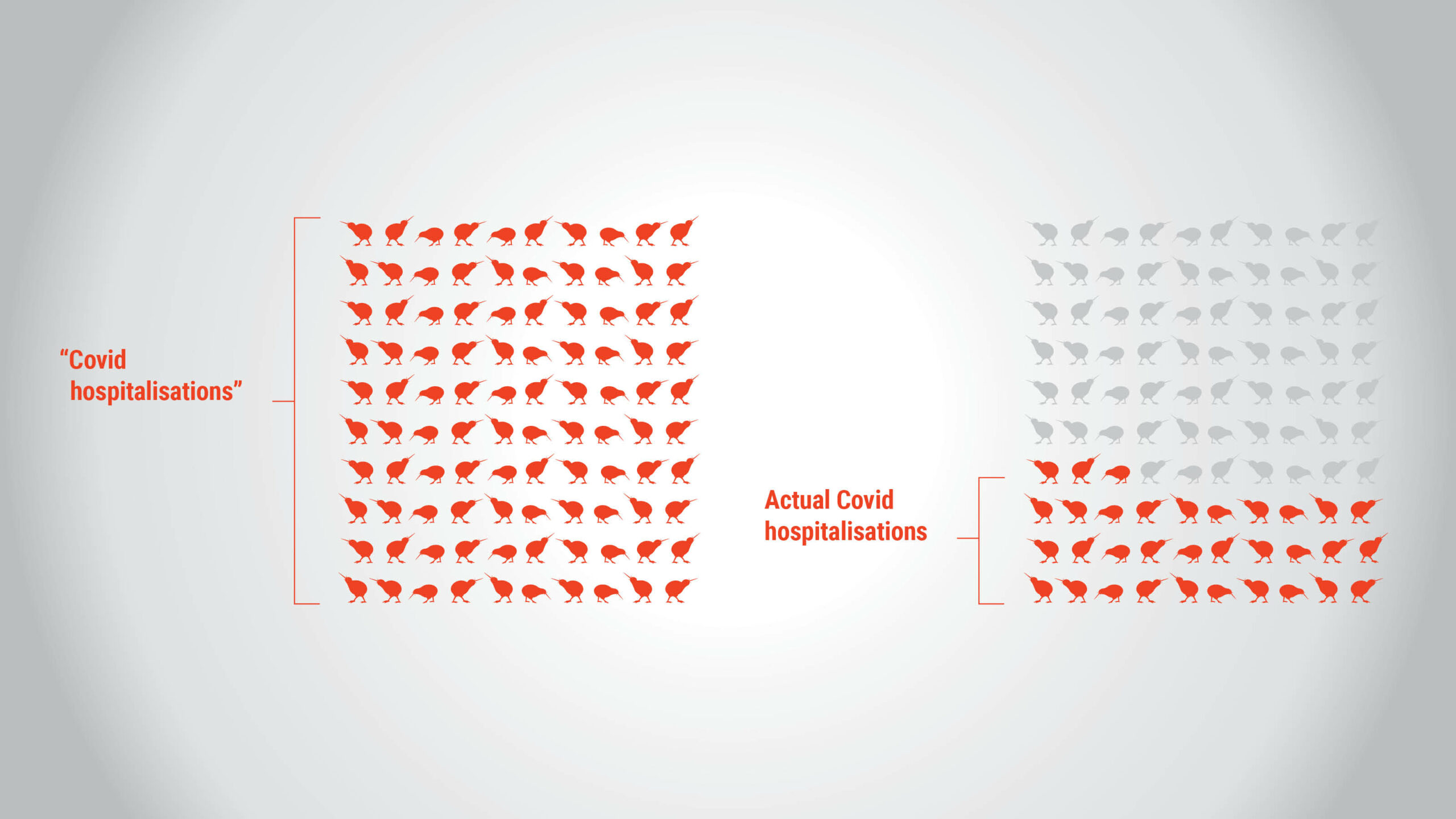 Back in March this flash of truth appeared amid the usual deluge of covid-related STUFF news. Another way to look at this admission is: the stats for covid hospitalisations – relentlessly reported to remind us to keep going along with The State’s pandemic regime – have been exaggerated by 200% !