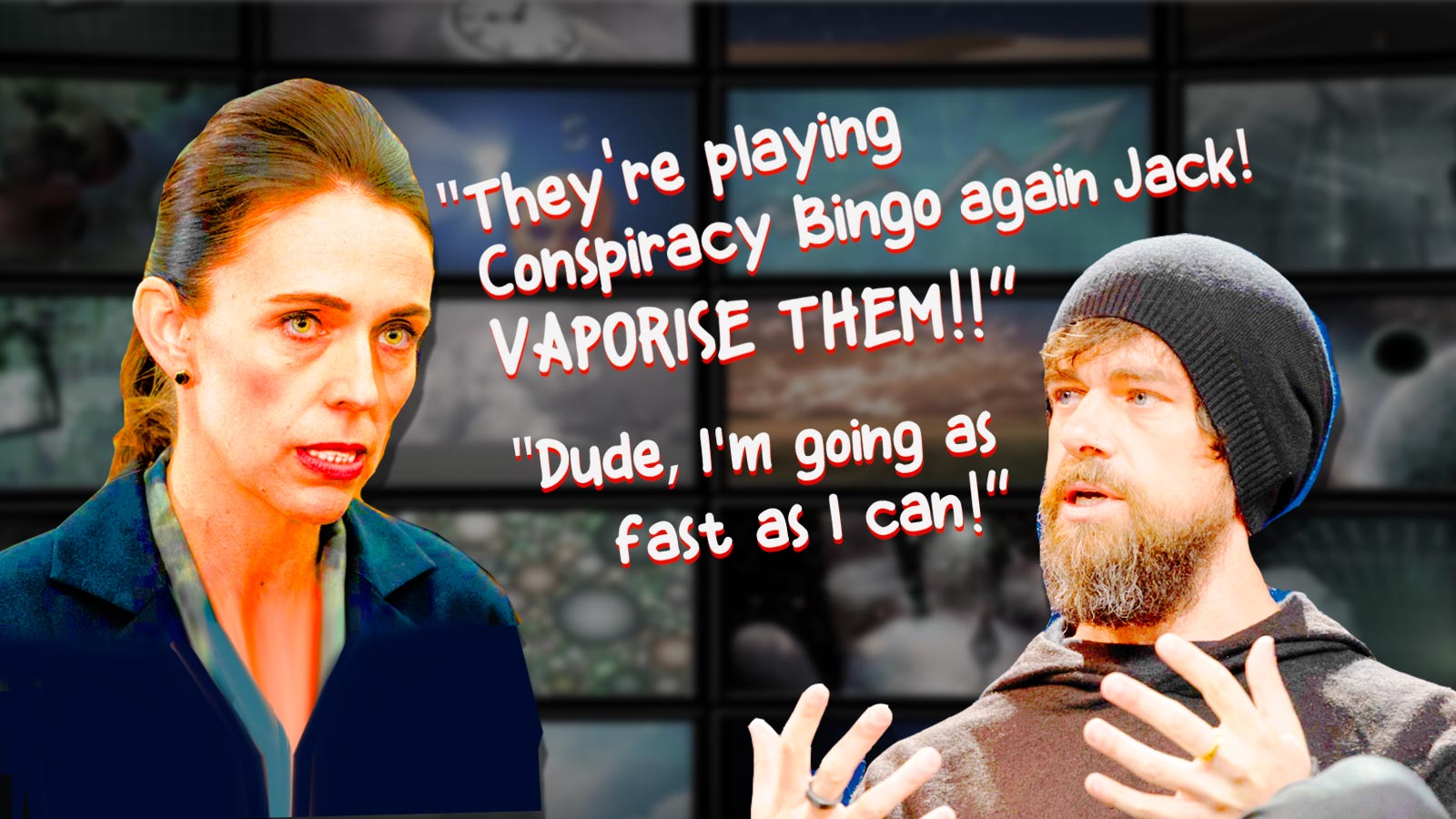 While we are all busy in NZ squabbling about ministerial nepotism, covid mandates and who the real fascists are, Ardern is two steps ahead – at a globalist summit scheming how to further undermine free speech and democracy.

At the UN General Assembly – under The Christchurch Call – Ardern has announced her government’s new partnership with Twitter, Microsoft and the USA as a means to learn how algorithms lead people to extremism.

It’s meant to sound benign enough and Ardern wants us to believe that the algorithms will only seek out discussions which lead extremists to actively pose a danger to society. Extremists like Christchurch mosque shooter Brentan Tarrant.

Sounds reasonable, right? In another time maybe. But in the current social environment of 2022, it’s a completely different kettle of fish.

We are living in a time where people who opposed the Government-enforced mass “inoculation” programme, complete with job-ending mandates, are increasingly being portrayed by the New Zealand media as “extremists”. We’ve touched on that in this article previously.

And we’ve witnessed the media-led witch-hunt against LG candidates who have supported or are associated in some way with Voices for Freedom; again a group accused of spreading misinformation and more broadly being part of a constellation from which extremism grows.

Then we have the State-funded “Disinformation Project”, fuelling the fire against people speaking out against the efficacy of the COVID jabs and accusing them of “spreading misinformation”.  To back up these allegations, the media roll out their pet online security expert, Paul Buchanan, to make unsubstantiated hot reckons about the activities of anti-vaxxers on Radio New Zealand.

We are also living in a time when identity and biometrics are merging as a means for strengthened surveillance of the population.

So with all that in mind, we have to say, we find it particularly alarming when a government that has previously claimed it is the “single source of truth” decides to partner up with two of Silicon Valley’s biggest tech companies who have an extraordinary amount of control on the internet.

Ironically, on the same day of that announcement an interview between The Platform’s Sean Plunket and the government’s own adviser Vaccinologist Professor Helen Petousis-Harris was taken down by YouTube within three hours of it being posted. In the interview Petousis-Harris admitted the risk of Myocarditis was not adequately conveyed by government to the public or to medical practitioners administering the vaccine.

There will be no need for regulators to justify the cancelling and banning of so-called “misinformation” when it is spirited away by algorithms at its inception. And the population will be none the wiser.

Is this new partnership just the digital surveillance and monitoring noose tightening to suppress open discussion and free speech? Such technocracy could very well fix these pesky problems for the ruling class. There will be no need for regulators to justify the cancelling and banning of so-called “misinformation” when it is spirited away by algorithms at its inception. And the population will be none the wiser.

Some people reading this might think, “Great! Not only will this new government/big tech partnership help stop the actual bad-guys like Tarrant, but if a few of those ‘fascist right-wingers’ and ‘conspiracy nutters’ get caught in the net too, then all the better!”

To those people, we say this: long may you and the government agree on what your freedom means. Because although the moves they are making may suit you now, that may not always be the case.

Remember when you all were howling that the terrible Trump was keeping kids in cages on the Mexican–US border? It was Obama who built those cages.

Be careful what you agree to.