The Disinformation Project – the biggest threat to a healthy democracy? 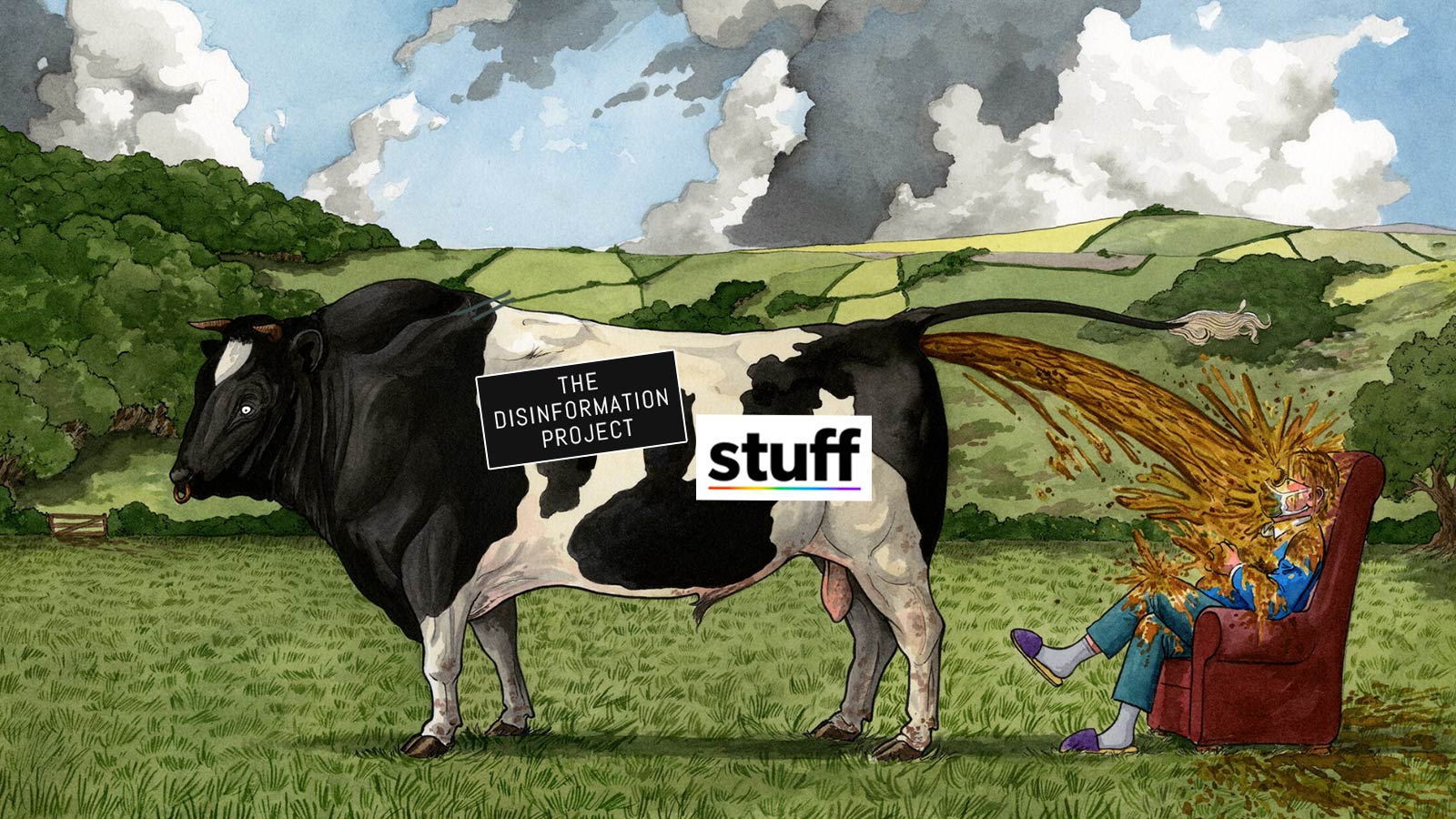 Kate Hannah is the director of the Labour Government’s taxpayer funded “The Disinformation Project”. She works with research fellow Sanjana Hattotuwa.

Over the last week, we have witnessed a concerted public attack on free speech and democracy as the country’s largest media company, Stuff Limited, which owns Stuff.co.nz and many of the country’s daily newspapers, undertakes a nationwide witch-hunt against certain people running for local councils.

From one end of the country to the other, Stuff is trolling through people’s social media accounts and finding anything to use against them.

If candidates have been associated with groups like Voices for Freedom, Freedom & Rights Coalition, Counterspin and others, then they’re labelled and derided “anti-vaxxer conspiracy theorists” in the media.

Reporters are turning up on candidates’ front door steps and haranguing them. Or calling them on the phone and asking if they supported or attended the Parliamentary Protest, are they vaccinated, and other intrusive questions. As if that precludes someone from being able to represent their community and serve on council.

In the meantime, we have a glut of Labour and Green party candidates standing for local council elections, but we bet Stuff won’t be turning up at their homes unannounced and shoving a microphone through their front door asking them about their affiliations.

Selwyn District Council candidate Elizabeth Mundt was hounded by a reporter from The Press who refused to leave when asked. Others are being targeted from Northland to Invercargill.

All because some candidates have an opinion on Covid-related matters that run against the government narrative.

Stuff is using their strings-attached public interest fund and Hannah and Hattotuwa to justify the witch-hunt while they go about doxing candidates.

The media company has even gone so far as to initiate a complaint to Facebook about Christchurch vlogger and commentator Chantelle Baker to have the tech giant shut down her page. That complaint was successful and on 20 August, Facebook shut her out. We challenge you to decide whether that was justified. Listen to Chantelle’s interview on The Platform and decide for yourself.

We digress. Let’s go back to The Disinformation Project, if ever there was a Kafka-esque organisation in New Zealand, this is it.

“What we are seeing across the country is people have got really strongly expressed opinions about things that are actually unfamiliar to most people, or kind of new, like you described in the introduction thing, like Three Waters or other issues that have been talked about a lot but actually haven’t been explored in any kind of deep way for New Zealanders.”

“And now people are putting themselves forward into positions of potential power and decision-making at a time when we know that a lot of people’s motivation to vote might be quite low, so it’s quite concerning that actually it won’t be particularly democratic if these people do necessarily get elected.”

Listen to the interview here.

So if the “right” type of person doesn’t get involved or vote in council elections, then any outcome is apparently not “particularly democratic”.

We could say the same about those who pretend they’re independent, for example, like Labour MP Paul Eagle. If he was truly independent he would quit the Labour Party and Parliament.

Heather du Plessis-Allan pulls Hannah up and states, “it is democratic because you can still vote if you want to.” But Kate Hannah doubles down.

(Chuckling) “… we think about the long term impacts of, aah, noise and, um, distraction and disruption on people’s willingness to engage in a process, and obviously over the last couple of years we have had a lot of noise and a lot of disruption and destruction and that does impact people’s belief and trust in processes like elections. And so if you’re thinking long-term about New Zealand’s democratic health, we have to address those issues and make sure people understand why it’s so important that they do vote particularly when there are such a wide-range of characters, shall we say, who are putting themselves forward.”

So Kate Hannah wants the right type of people to get involved in local body elections to counteract any possibility that such a “wide-range of characters” don’t make in. Unbelievably, she continues:

“I think the thing is about transparency and the best way to counter ideas that you might think of as bad ideas or, um, un-inclusive ideas or ideas that are not taking New Zealand forward is to obviously counter them yourself with some better ideas, coming forward and saying, you know, here are ways in which we can think about New Zealand’s future in ways that are inclusive and bring everybody along for the ride and make sure that we are thinking about the environment and the impacts of climate change.”

So apparently, in Kate Hannah’s world, someone can only participate in democracy if they make sure people are thinking about inclusive things like the environment and climate change.

Hannah’s fellow Research Lead Sanjana Hattotuwa was quoted in the Otago Daily Times as saying there was nothing wrong with people wanting to stand for elections and engage with democracy. “But people were not being upfront with what they stood for and believed in — making New Zealand ungovernable.”

If politicians not being upfront with what they stood for contributed to New Zealand becoming ungovernable, then that would apply to every single political party in history, most of all the current New Zealand Labour Party

He added: “You’re introducing a cancer that is going to undermine democracy.”

You can also see what Sanjana Hattotuwa had to say about the Feb 2022 Parliament protest here.

If politicians not being upfront with what they stood for contributed to New Zealand becoming ungovernable, then that would apply to every single political party in history, most of all the current New Zealand Labour Party, which is passing laws that no-one voted for nor were told about in the last election. Take co-governance for a start or Three Waters!

The Disinformation Project is using its position to push a woke, liberal agenda on the New Zealand public as they suck down taxpayers’ money and get a free-ride from Stuff journalists who themselves are bereft of original thought and ideas due to also being on the Government tit.

Thankfully, parties like Act, NZ First, and DemocracyNZ have all vowed to cut government funding immediately to this organisation if elected. We shall see.

In the meantime, we have a glut of Labour and Green party candidates standing for local council elections, but we bet Stuff won’t be turning up at their homes unannounced and shoving a microphone through their front door asking them about their affiliations.

Does it occur to this snitch academy and co-opted Stuff, that the reason these people may not have divulged their Freedom-group connections, if any, was precisely because of the very predictable media witch-hunt and subsequent character assassinations that would ensue? Guess they’ve just been proven right.

Surely a healthy democracy is one where any ideas can be expressed and discussed and the public will decide for itself.

Tell us what you think in the comments below!